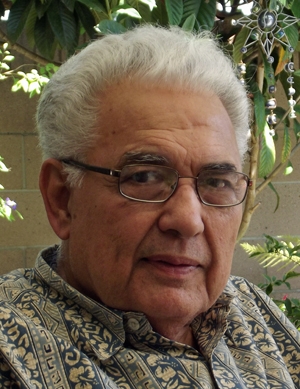 In 1958 a young Indo arrived in the Netherlands and was held immediately in custody by Dutch policemen of the Marechaussee corpse. Was he a criminal wanted by the Low Countries? Not at all! This young man called Rob de Bos (nicknamed “Bolle”) was one of the passengers who were on board of the oceanliner Johan van Oldenbarnevelt on it’s way from Jakarta to Amsterdam. Unlike most passengers Rob de Bos and 68 other men travelled illegally as stowaways. They wanted admission to their fatherland as regular Indo repatriates. Although they had been Dutch citizens of the former Netherlands Indies, Dutch government refused them a visa to enter the Netherlands when they wanted to leave Indonesia, that had become a too hostile country. These “freeriders” felt unjustice when Dutch government did not give them back Dutch nationality. The reasons for not giving a visa were vague, not correct, painful and even racist. Some of them were told they never had been in the Netherlands before and so they never have had any “focus” on the country. This was a hidden way of telling a person he was too Asian, not a real European, and not fit to become a succesful migrant. As most Indos, Rob de Bos knew that many others with the same background as his, were granted a visa. More than ever he was convinced to have the same rigtht to settle in the Netherlands. Later Rob de Bos was not sent back to Indonesia and at that time he considered it as a blessing. He really had feared to be treated badly by Indonesian government when coming back in Indonesia. Indos who left the country were considered traitors and not loyal to their Indonesian compatriotes. Indonesian government tried (in vain) to convince Indos they were not Dutch.

Indonesia
In Indonesia Rob de Bos as an Indo had enjoyed Dutch education. His first job was as employee of insurance company 1825 in Jakarta. Then he moved to Geo Wehry & Co., a well known firm that imported for example Guiness beer from Ireland. In 1957 the Soekarno regime was fighting a cold war against the Netherlands and the Dutch, including the Indos. It ended almost in a real war when Indonesian paratroopers infiltrated the island of Nieuw Guinea, the only remains of dutch colonial rule in the archipelago. The position of Indos had become unbearable and most of them decided to leave their birthplace and settle in Holland. But it proved not te be that easy for many Indos, among them Rob de Bos. What happened before? His father left in the early fifties to the Netherlands but decided to go back to Indonesia. So he lost Dutch nationality and opted for the Indonesian or warga negara. He was not the only Indo because most Indos felt at home in Indonesia. They all believed to fit in the new political situation. But soon the young republic proved to be a different society emphasizing its independency and aversion of the former colonial ruler. It would affect the position of Indos dramatically. One day arriving at his office of Geo Wehry & Co. Rob de Bos noticed a small shield : “Pakailah Bahasa Indonesia” (“Speak Indonesian”) and this was the “sign” Indonesia was no longer the place to be. The procedure to opt for Dutch nationality again proved to be very discouraging and bureaucratic. It could only be concluded in the Netherlands, but entering the country requiered a visa. And the only possibility to request a visa was by writing a letter to Her Majesty the Queen and the Secretary of Justice. This only triggered Rob de Bos to find his own way of entering the Netherlands, not according to the official rules but as stoweaway.

Time in the Netherlands May 1958- August 1961
Rob de Bos arrived alone in the Netherlands and had left behind in Indonesia his wife Sophie Catharina Soedira and baby daughter Willy (born 1957). His decision had a great emotional impact on his family, but for him it was the right one. De Bos had fortune on his side as he was not sent back to Indonesia. During a period of 19 months without wife and child he managed to find a job and save money to enable his family to follow him to the Netherlands. He was willing to do every work available. The first job was at the shipyard of Koninklijke Verolme in the Rotterdam area. After 8 months he realised working as a metal craftsman was not a suitable job. Insurance company Brandaris in Amsterdam was his next employer and he was “back home”. The reunion with his wife and daughter was in 1960; in the same year their second daughter Nathalia is born. Wife Sophie enjoyed the time in Amsterdam that much she did not want to leave in 1961. She remembers the bus line in the Amsterdam quarter Geuzenveld, better known as the “garlic line” because of the many Indo passengers. At that time garlic was not an appreciated or familiar ingredient in Dutch “cuisine”. Rob and Sophie de Bos remenber they possessed a Fongers bicycle (good quality) and how it could bear two adults persons and two children when going out to the city. Sophie de Bos considers her stay in the Netherlands as a happy and beautiful period.

Emigration to the United States (1961) His focus on finding a job in the Netherlands and save money for his family made Rob de Bos forget his disappointment and sad feeling about how Dutch government treated him as a criminal person and, maybe more painful, as a non-Dutch person. These sad feelings came back after his reunion with his family. Again De Bos realised he was not really happy in Holland. He still was angry and this sentiment was too strong to keep him in the Netherlands. The next step was emigration to the States and Hawaï the final destination. 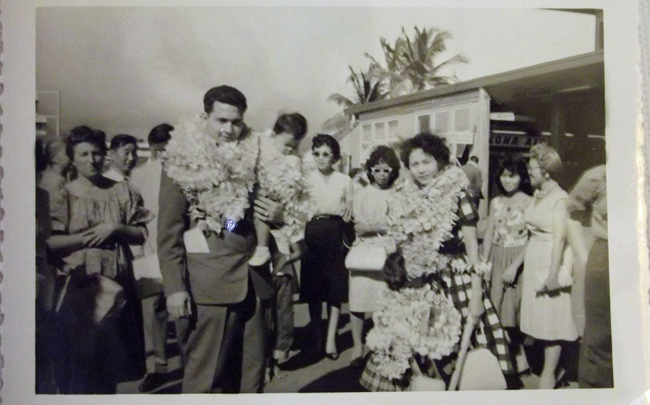 Rob and Sophie de Bos told about the flight from New York to Honolulu that took almost 24 hours. Compared to nowadays travelling the trip was like going around the world in 80 days. After arriving by ship in New York, they transfered to San Francisco by plane. Not a jet but a turboprop plane stopping 17 times on its route picking up and bringing pasengers, and for fueling. It is almost unbelievable the young couple was on its way with less than 100 dollar in cash and the uncertainty of finding a job soon after arrival. The next destination after a day’s flight to San Francisco was Honolulu where the family arrived August 12th 1961. As every immigrant De Bos were supported by a church. The Methodist Church in Honolulu knew a lot of Japanese! De Bos learned these people were sympathetic people who proved to be well embedded American civilians. So for him his initial reaction of distrust Japanese (the former invaders of the Netherlands Indies) changed into confidence.

Hawaii
During the first 4-5 months the family lived in a basement but as soon they had enough money it was replaced by an appartment. Soon wife Sophie was expecting a third child. Terry Laurens is born in February 1962 in a hospital in Honolulu. Sponsor Methodist Church payed the stay in the hospital and medical care after. Rob de Bos felt gratitude and happiness. But that period in Hawaii was also a hard one and always he was asking himself how to find and keep a job. Also an inadequate mastering of English language was an obstacle to find a suitable job. De Bos accepted different jobs: in construction, as a dishwasher in a restaurant in Waikiki Beach and as a busboy in a hotel. In general he felt well treated by his employers and colleagues. He learned American society was a melting pot and Americans appreciated the hardworking immigrants who all wanted to be part of the United States. In the beginning time for socializing and making new friends was not an item at all. Having a job, earning money and finding a house were the most urgent topics for the family. Compared to their life in Indonesia this was a period of hard working, worships and missing family. As Indos they always used to have a lot of family and friends in and around the house. But one day Rob de Bos was looking through his window in the basement and noticed three men leaving a car and knocking on his door. These men Soekias, De Wolf and Feitsma were Indos and sent by their church to meet and welcome the newly arrived family. So the first contacts were established. Feitsma invited De Bos to be his guest so they could chat (“ngobrol”) and meet other people. Meeting other people, especially Indos, felt as a relief and gave De Bos hope and optimism about a new life in the States.

From Hawaii to California But learn to know new friends was not enough to survive in Hawaii. Still De Bos struggled with mastering English language and he still lacked a professional base to get a better job. Most jobs requiered technical skills and knowledge but being a craftsman was not De Bos’ “unique selling point”. Soon he came tot the conclusion Hawaii was not longer the place to be: too few jobs and local people were prefered to get these, also an economic recession started in 1962 and unemployment increased. De Bos and his wife decided to build up a future in California. This would be the beginning of a succesful life and career.