During the Japanese occupation of the former Netherlands Indies over 200.000 Indos were allowed to stay outside the internment camps. After the war and still going on now politicians, historians and the general media payed almost all or at least most of their attention to those interned in the Japanese civilian camps.
The Indos outside the camps were supposed to have escaped Japanese atrocities. The truth is a different one: Indos outside the camps were exposed to increasing Indonesian intimidation and agression. The loss of living (husbands made POW, Japanese and Indonesians took over the colonial economy) brought many Indos and their families in despair. Neglecting and denying their history would be unacceptable.
Director and Indo Hetty Naaijkens-Retel Helmrich recnetly made a documentary about these Indos outside the camps ‘Buitenkampers’. Let’s assume this is the beginning of unveiling this neglected chapter in Dutch history.
Special thanks to Dennis Courant for translating the original dutch article. 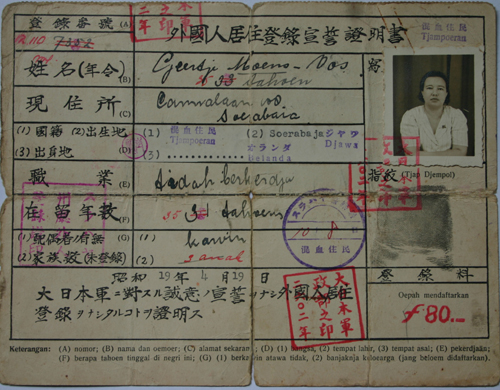