For the fourth time since 2011 IndischHistorisch.nl editors Humphrey de la Croix and Inge Dümpel was given the opportunity to introduce the Berkeley students visiting the Benelux countries because of their study travel abroad, into the backgrounds of the culture and history of the Indo-Europeans (Indos) of the former Netherlands Indies. With thanks to professor Jeroen Dewulf the enthusiastic organizer and companion of the students. It’s an event we are always looking forward to.

Inge and Humphrey represent the Indo-European community that is the first group of immigrants entering the Netherlands in greater numbers in the twentieth century. Now they are one of many other ethnic groups that constitute a multicultural Dutch society. The Indos always considered themselves as a special group because of their Dutch/European descent, orientation and (unlike Eurasians in British India) legal status as full Dutch nationals. In the colony the Indos played a key role in Dutch rule over the archipelago as vast as entire Europe. Indos were the backbone of the colonial army and civil service. For the very small minority  the (white) Dutch population just relying on their own people to keep domination over the colonial territory never has been a real option.

Once in 1949 the colony Netherlands Indies had become the sovereign Republik Indonesia soon after no place was left for the Indos (from: Indo-Europeans or Eurasians) considered by the Indoesians as a group inextricably attached to the Dutch rulers. In the fifties president Soekarno started a policy of bullying the Indos as he needed an ennemy in order to keep the unity in a country on the threshold of a social economic and political collapse. Indos intimidated or removed from their jobs were forced to find their luck outside Indonesia. A real mass emigration of Indos took place between 1950 and 1965, the majority of them “repatiating” to their never seen fatherland the Netherlands. Later about 60.000 would leave the cold, rainy and not so hospitable country at the North Sea and went to California and some other regions in the United States.
Nowadays 1 million people (of a 16 million’s population) in the Netherlands are Indo or have a background in the Netherlands Indies or Indonesia. They were the first group of mass immigration entering the Low Countries. As a well integrated group of foreign newcomers they are the government’s example of how a cultural adaption should be realized successfully. Now decades later it may be necessary to find out the price Indos had to pay for this success story of cultural integration. It’s better to mark Indos’ adaptation process as afully assimilation with Dutch culture and a loss of authentic Indo values and identity. 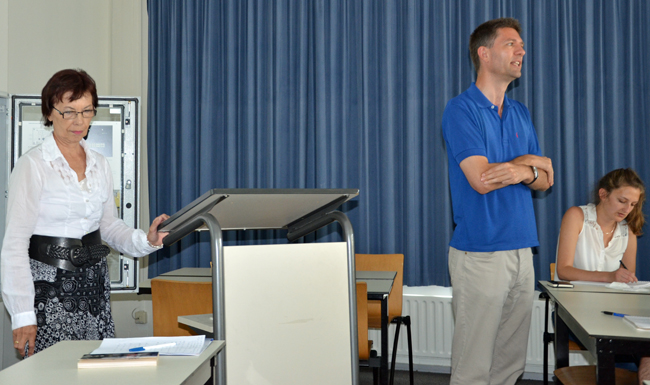 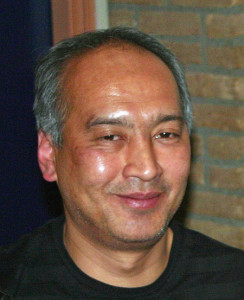 Humphrey de la Croix is born in the East Javanese town of Modjokerto. His father is an Indo and mother is Javanese. Three months old he left Indonesia and migrated with his parents to the Netherlands. He graduated as a historian at the Katholieke Universiteit Nijmegen and Universiteit Leiden. Humphrey’s main focus as historian is on Dutch colonial history and particularly in social and economic history of the Indos.

Summary of his lecture ‘The Indos of the Netherlands Indies. Indo-Dutch immigrants in a post- colonial diaspora’.

In each of the colonialized regions of America, Asia and Africa a new ethnic group emerged usually known as ‘mestizos’, ‘creoles’ or ‘Eurasians’. Mostly the offspring of European fathers and indigenous mothers. Although the governments of colonial powers Great Britain, France and the Netherlands did not allow their nationals to engage relationships with non-white, non-Christian and non-civilized women, after threecenturies they faced the existence of a social layer indispensable to rule effectively the vast colonial territories.

The Dutch gave their Eurasians or Indo-Europeans (Indos) the same rights as the other (white) Europeans. Indos had developed themselves into loyal Europeans who tried to be “more Dutch than the Dutch themselves”. The British in India and nowadays Pakistan never gave their Eurasians equal European rights. When the Netherlands Indies in the second half of the nineteenth century transformed into an integrated part of the modern industrial world the Indos emerged as the suppliers of technically, financially and administratively skilled labour forces. Despite their increasing role in governing and managing the immense territory the ’totoks’ or white Dutch never gave the Indos access to the higher ranking positions in business as public governance as well. Not rarely the Dutch considered them as second-class Europeans. Most Indos neglected this burden and even tried harder to be Dutch in order to show they were on an equal professional, social and moral level. It is the Indos’ tragic that the underlying reason of their second-class position was simply their skin color. Until now Indos hardly start talking about this taboo.

Indos’ entire orientation on Dutch values and culture meant a denial of their indigenous Indonesian roots. Again the burden of the darker skin prevented them to appreciate (openly) being part of the oppressed Indonesian world. In order to survive they could not have another option.The degrading effect of the Japanese occupation, the internment of the Dutch and many Indos and at last the proclamation of the independent Republic of Indonesia in 1945 brought the Indos into a shock. Now they had lost their country and the Dutch as their role model. After Indonesia had become officially a sovereign state in 1949 Indonesia invited them to opt Indonesian nationality (‘warga negara’). Initially most Indos accepted the offer but later in the fifties the Indonesian government wanted to get rid of them declaring the Indos the “dogs” of imperialism. No longer welcome in the country of birth the Dutch government allowed them to repatriate to their fatherland the Netherlands. In the beginning the (as a result of the wars) impoverished former colonizator feared the coming of a lot of immigrants without financial means and in need of jobs, housing and schools for the children. What the Dutch feared more was the preservation of the current Dutch culture and society. Dutch society was based on so-called pillars: the catholics, protestants and social-democrats. The Indos as one ethnically based group did not fit in this system and were expected to destabilize Dutch society.

In order to prevent such a development Dutch official policy tried to prevent the possibility of a society containing several cultures (Dutch and other). And so the Dutch governement forced the Indos to abandon their typical Asian habits and features. This process of assimilation was very successful but the question is: what is the emotional price the first generation of Indo immigrants did pay for neglecting and giving away their identity. Or was this identity entirely the same as the Dutch one?

Critical voices believe the Dutch policy of assimilation prevented the Indos being a self- conscious social and political activist group and a potential risk to the stable, bourgois society. At the other side Indos never protested as a group against Dutch policy and continued the same behaviour as during the colonial period. Even they embraced the Dutch stimulating and appreciating Indos manifesting themselves as an exotic, nonpolitical and harmless subculture and the supplier of popular new culinary products.

Many third generation Indos in the Netherlands are convinced this contribution to Dutch society of an ethnic group with a richer history and culture, is a poor one and a shame to Dutch policy makers. After the tragic of enforced assimilation hardly twenty years later, in the eighties and nineties, Indos had to witness so many other new immigrant groups were allowed to integrate with preservation of their own culture.

Inge Dümpel is an Indo of Dutch, German and Indonesian descent. She is born in 1941 in Surabaya, East Java. She left Indonesia in the early sixties of last century and lived several years in Germany. Later she moved to the Netherlands where she would work as a highschool teacher of English. Now retired she is a poet, publicist, organizer of cultural events and a radio host.

Inge introduced the Berkeley students into the dramatic period in Indos’ history during the years of the Japanese occupation 1942 – 1945 and the war of Indonesian decolonization 1945 – 1950, the last period of Dutch rule and influence in the Indonesian archipelago. This part of Dutch history is still in 2014 for the majority of Dutch people an unknown chapter. It’s a story of people suffering of war, starvation, humiliation, loss of property, dignity, family members, and friends. From one day to another the Indos found themselves undesired Dutch orient strangers in their own country. Indonesian friends turned to be ennemies or at least adversaries.
Inge worked out some aspects of the war period starting in 1942 en ending in 1949. She explained how the Japanese just in three months defeated the Dutch and the Allies in March 1942 and then rapidly started to intern all European military and civilians in hundreds of camps. These camps often were an entire neighbourhood of towns, but guarded by Japanese soldiers. Children, women and older people were interned apart from men. Boys aged from 12 were considered as men and so were interned in men’s camps. Indos with a more European, white, appearance also were interned unless they were able to proof they had full blooded indigenous Indonesian ancestors.
A dramatic chapter in Japanese occupation history is the phenomena of the comfort girls. The Japanese selected especially girls and young women in order to be prostitutes for their soldiers. Between 1932 (occupation of China) until 1945 an estimated number of 200.000 – 500.000 in the occupied regions of China and Southeast Asia have been forced to be comfort women. In the Netherlands Indies about 400 women suffered this fate.

The Japanese capitulation August 15th, 1945 did not mean a liberation of war and suffering. The Allied forces still underway and Japanese forbidden to continue military activities, young extremist Indonesians took power locally by means of weapons from the Japanese armory and selfmade spears made of bamboo (bambu runcing). These extremely violent youngsters or pemuda provoked, intimidated, attacked and very fast increasingly killed Europeans including Indos who believed the prewar situation would be restored. Over three years of internment and deprived of actual developments in the country they now were exposed to the enraged revolutionary bands trained  as paramilitary by the Japanese and inspired by Soekarno and Mohammed Hatta who had proclaimed August 17th, 1945 Indonesia Merdeka, Indonesia Free.

The battle cry of the extremists was Bersiap meaning Be prepared (to fight) with which is also indicated the period from August 17, 1945 till October 1945 when by absence of Allied troops (underway from the British colonies India, Pakistan, Burma and Malaysia) and passive law enforcement by the Japanese troops, the Europeans found themselves outlawed. At least thousands and maybe some tenthousands Europeans and Indos had been killed by the pemuda extremists, not rarely terribly mutilated.
It’s the ignorance of so many Dutch people about those Indos’ dramatic events that annoys the Indo community. Dutch government and historians have avoided and even as a kind of self-censoring, to start a debate about the loss of the colony and the impact on all the people involved.
Inge hopes the youngest generations of Indos and Dutch children will experience the moment the events in the colony are to be considered as a fully integrated part of Dutch history in which Indos are the also Dutch but with a mixed Asian and European descent. 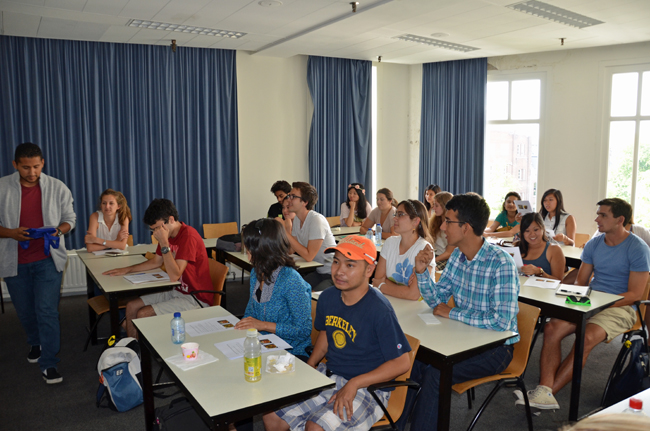 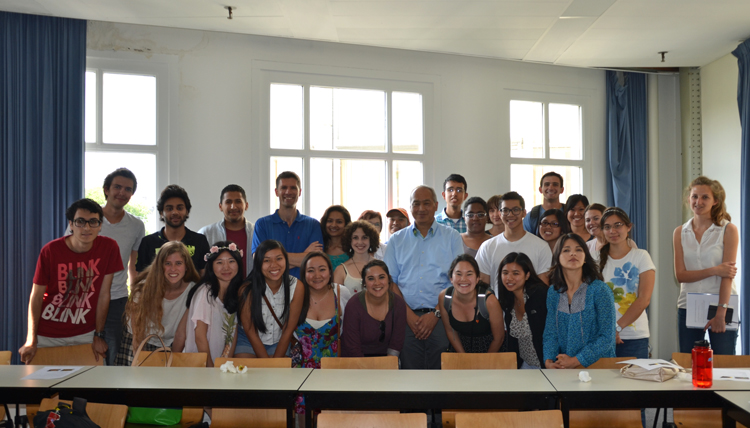