IndischHistorisch.nl and AmerIndo partnership since 2009
In 2009 during the study travel in the Netherlands prof. dr. Jeroen Dewulf was in search for persons or organizations within the Indo Dutch (Eurasians from former Netherlands Indies, today Indonesia) community, hoping to help him revealing more information about this first massive group of immigrants in post war Netherlands.
This search resulted into the first contact between the Stichting Arisan Indonesia  (SARI Foundation) en prof. Dewulf’s AmerIndo project. Jeroen Dewulf is since 2006 professor of the Queen Beatrix Chair aan de University of California Berkeley. This chair is part of the department of Dutch Studies. A partnership between SARI and the AmerIndo project emerged. Especially there was the intention to nurture the SARI historical website www.indischhistorisch.nl and the portal amerindo.berkeley@edu. One of the ideas was publishing articles on both websites and in English and Dutch. In this way Indos in the States and in the Netherland are enabled to benefit of the information both projects are generating. IndischHistorisch.nl is very happy to extend it’s activities to the English spoken regions. And having contacts in California means the availability of information about Indos who had established a new life in one of America’s most  dynamic regions. 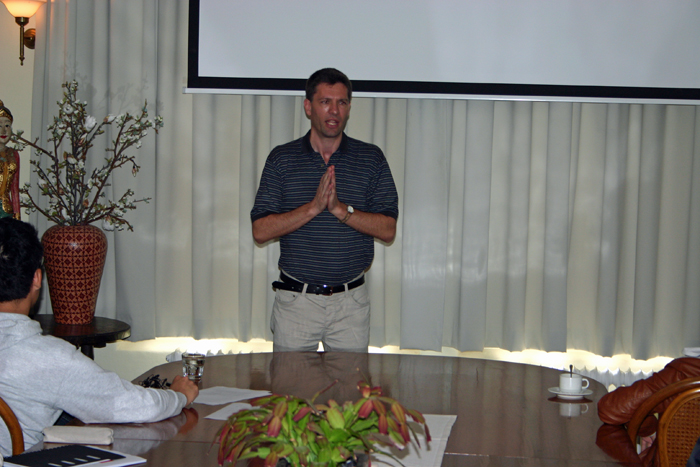 Prof. dr. Jeroen Dewulf tells his American students about the Indos as the first group of mass immigration in the Netherlands and what is their special place in post colonial Dutch history 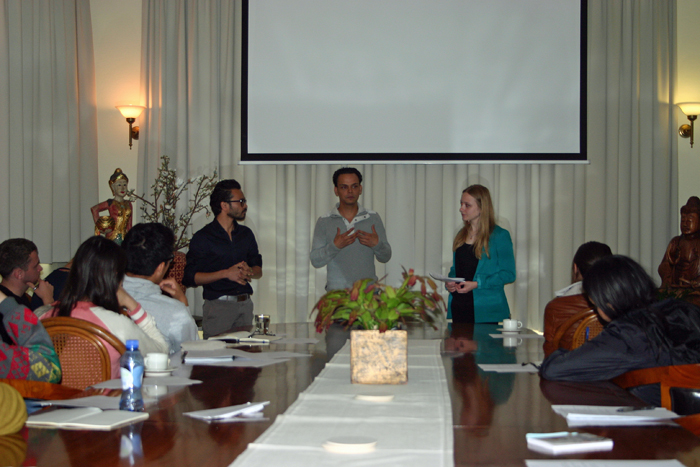 The AmerIndo project
The mission of the AmerIndo project is researching post colonial identities of Indo Dutch immigrants in the United States after they had left firstly Indonesia and later the Netherlands. Are their children (second generation) and grandchildren (third generation) still ‘Indisch’ (Indo Dutch coming from a mixed Eastern and Western culture)? Why did they migrate to the United states? Do these immigrants preserve an authentic (sub)culture? These are some of the questions nowadays Berkeley students involved in the minor Dutch Studies are trying to answer.
Meeting Indos in the Bay Area or other regions of California is part of the AmerIndo project. By interviewing these former immigrant families the project collected a lot of data which will be used for future research. The partnership with AmerIndo opened the door to IndischHistorisch.nl to the Indos community in the San Francisco Bay Area.
We discovered these American Indos still preserved their Indo Dutch identity (unlike their children and grandchildren who are full Americans).

Study Travel and meeting the Dutch Indos
In 2012 Berkeley students had again the occasion to meet Indos and to learn about Indo history. Why are they in the Netherlands (and the United States) and what happened with Indo identities? Are newer generation Indos still Indo or Dutch?
IndischHistorisch.nl editor Humphrey de la Croix’s lecture was entitled The Indos of the Netherlands Indies. Post Colonial Migrants Entering a  Non Multicultural Netherlands. Essentially Humphrey’s statement was the Indos as the first group of mass immigration in the Netherlands can be considered as ‘Founding fathers of Dutch multicultural Society’.
After this lecture third generation and host Laura van den Vrijhoef had a dialogue with photographer Armando Ello and student Museum Sciences Dusty Jacobs about their Indo identity. 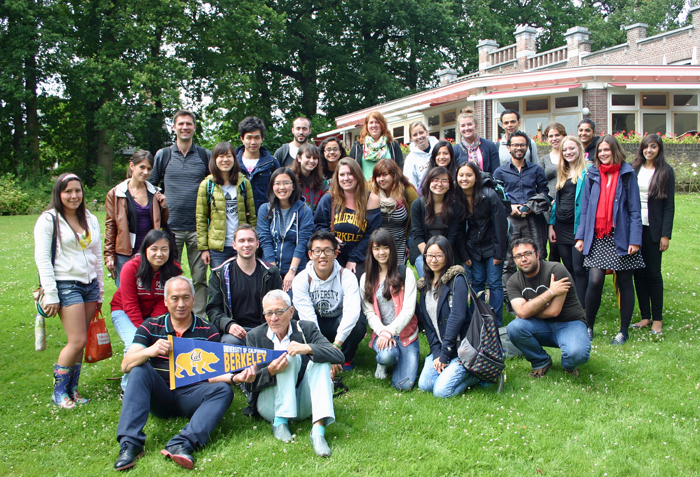 Berkeley study travel to the Benelux. July 18th 2012 in Bronbeek (Arnhem). A program with people from the Indo Dutch (Eurasians of the former Netherlands Indies, today Indonesia) community. A program about identity and a people in diaspora

Meeting Dutch Indos: Bronbeek July 18th 2012
Prof. Dewulf had made a full loaded schedule aiming to visit the Nederlands Openlucht Museum in Arnhem that same day. Unconsciously this 2012 study travel in the Netherlands was making a new “tradition”. Like the 2011 group in 2012 the Dutch railway company NS delivered prof. Dewulf and his students with a considerable delay of hours in Arnhem. Unlike most Dutch people our Californian friends entered Bronbeek in an unbroken enthusiastic mood and showed just optimism about the planning of the day. 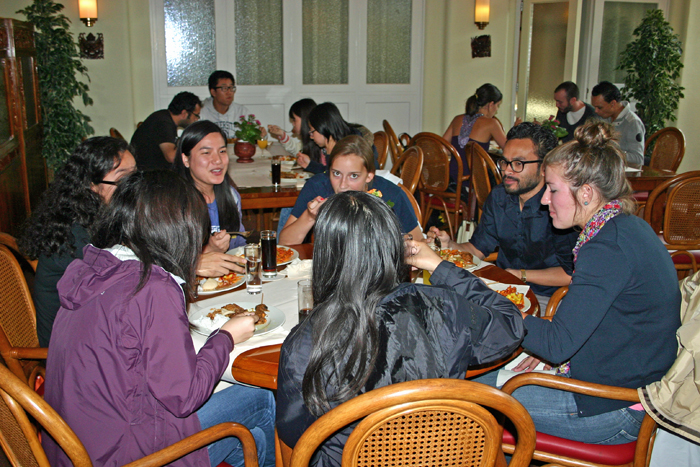