Gijs Axe and Henny Neys, generous hosts of the Amerindos’ kumpulan at their residence in Walnut Creek

September 2011 IndischHistorisch.nl editors Humphrey de la Croix and Inge Dümpel visited Berkeley University and had appointments with Indos living in the San Francisco Bay Area. We won’t forget those first meetings with Indos in the United States. The warm treat we enjoyed and the many interesting stories we heard, convinced us we had to come back in future as often as possible. In 2013 Humphrey de la Croix and partner Marinka Beetsma indeed revisited the Bay Area. After this visit in 2013 my conviction to  have each year meetings in the United States with our partner professor Jeroen Dewulf (UC Berkeley Dutch Studies, Amerindo Project) and ‘our’ Amerindos, only had become stronger. And even I believe a nice tradition has started.
April 30th 2013, the day the Netherlands witnessed and celebrated the installation of king Willem-Alexander, mrs. Henny Neys and her husband Gijs Axe organized a kumpulan where we could meet Indos from the Bay Area. Again we were overwhelmed by their hospitality and warm reactions. This is that typical Indo feeling of coming home. 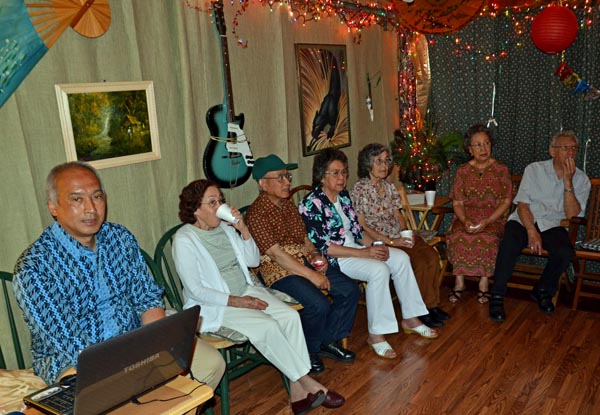 During the kumpulan I could tell about the aims and activities of our historical website. Emphasis lies on the human dimension in the greater historical events like the Japanese occupation of the Netherlands Indies, the Bersiap period and the (often unvoluntairy) emigration abroad.
Or better: IndischHistorisch.nl is especially interested in those many untold individual or family histories. Without assuming they feel disconnected from the Netherlands or being forgotten by the historians in the Netherlands, I believe many Amerindos just like to tell their own stories. Another reason of our research is to prevent Indos’ history and cultural heritage will evaporate as the next generation are deprived from the information about their Dutch and Indonesian roots. For IndischHistorisch.nl these are important reasons to involve the Amerindos into it’s research activities. 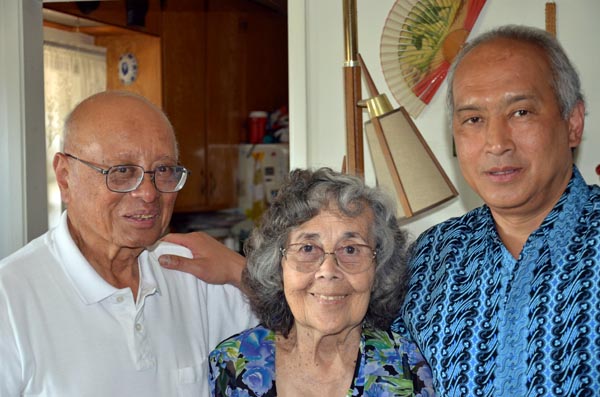 Personal stories
We have to mention in particular mr Ben Willemsz Geeroms and his wife Yvonne, great animators behind Indo activities in the Bay Area. From the first time in 2011 ‘uncle’ Ben made us feel comfortable among all these new Amerindos. He also introduced us to Indos who had interesting stories to tell. In all his modesty he forgot to give attention to his own remarkable family history. In the very underexposed history of the resistance movement in the Netherlands Indies against the Japanese occupants, his half brother army major Johan Willemsz Geeroms is to be considered a hero. Fortunately nowadays more information is available about Indo-Dutch resistance activities during World War II. But now we were very interested in Ben Willemsz Geeroms’ personal history: how about the relationship with his brother Johan and how did he survive the period of Japanese occupation and the decolonization process. Of course his repatriation to the Netherlands and emigration to the United States we liked to know about. As we expected Ben en Yvonne were prepared to contribute to Indos’ history writing and for that we owe them a lot. 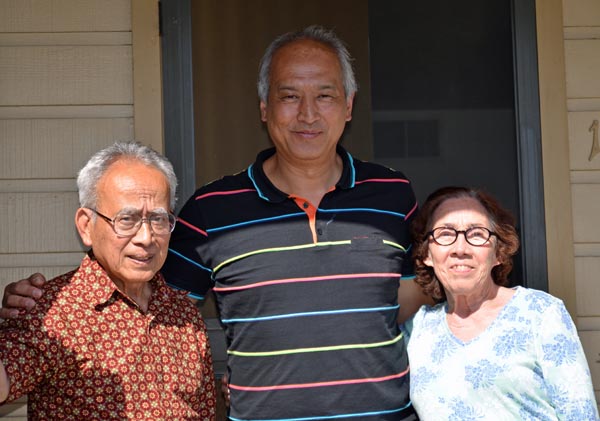 Mr. Harley Driessen is the other Amerindo who was willing to share his personal history with our website. Harley managed to write down the story of his life in Indonesia, the Netherlands and the United States, which we consider a tough effort after hearing the emotional aspects. We were very surprised about the many details Harley Driessen remembers about events and facts sometimes over 60 years ago. Being an orphan  without any family he had to spend his life in several institutions. Harley Driessen started as a first grader of elementary school in the Gedangan institution for girls in Gedangan street (now: Jalan Ronggowarsito) that belonged to the Congregation of Sisters of Saint Francis (Zusters Franciscanessen). He stayed there only some months and was sent to Salatiga, a town 25 km south of Semarang.
Harley Driessen’s personal history will soon be published on IndischHistorisch.nl . Thank a lot Harley and Maudy!