Visiting Mr. René Creutzburg was part of IndischHistorisch.nl’s trip to California in September 2011. In his residence in Walnut (Los Angeles region) we had the occasion to get to know each other. In this article we will put Mr. Creutzburg’s activities within the larger historical context of over 50 years of Indo-related activities which started with Tjalie Robinson in the early sixties. In several ways René Creutzburg is the “official” adherent of Tjalie after his return to the Netherlands.

Introduction
The worldwide Indo community really has at it’s disposal a genuine international magazine: De Indo. This magazine was formerly the official voice of the Indo Community Center “De Soos” Inc. De Soos was founded in 1963 in Pasadena and an initiative of Tjalie Robinson. Mr. René Creutzburg was secretary of the first board. Tjalie himself was not a member but nourrished the organization with initiatives and ideas. At the background he was also it’s critical “watchdog” and conscience.1) 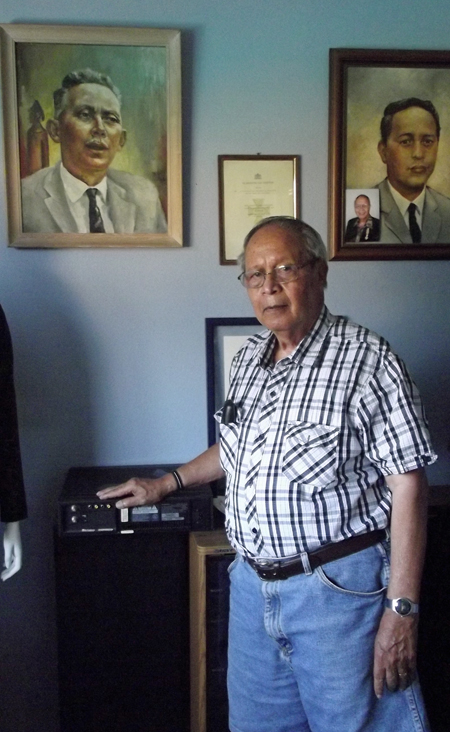 René Creutzberg in his house in Walnut. At the background portraits of Tjalie Robinson and himself
Photo: Humphrey de la Croix

René Creutzburg emigrated from the Netherlands first to Michigan and later to California. At the moment a relative in sunny California showed her surprise about snowy weather in Michigan, Creutzburg knew he had to go to the Westcoast too. And so he settled in the Los Angeles area. René Creutzburg had been in the Netherlands a computer programmer of the first generation and his intuition led him to the United States, the cradle of cybernetical innovations and where state of the art technologies were developed. It proved to be a fortunate choice as we all now in which extent IT would influence modern business and life in general. Creutzburg soon became an employee of IBM, the “Big Blue” and a succesful career in IT industries started.

Indo Forever
Although easily integrated in American society he did keep his Indo identity. Creutzburg shared Tjalie Robinson’s conviction that Indo’s should constitute a strong community which could continue a genuine and vital Indo culture outside it’s “natural” Indonesian habitat. Tjalie emphasized the importance of cultural activities and education. He hoped the “Amerindo’s” developed themselves as enterprising, non-typical Indo’s who were willing to reconstitute a new, strong and selfconfident Indo community which had escaped narrow minded dutch circumstances.2) René Creutzburg was responsible for the journal of De Soos. Apart from this paper he published the American Tong Tong, following the example of it’s original Tong Tong magazine. Creutzburg’s garage functioned (and it still does) as the printing office. The American Tong Tong existed from 1963 until february 1965 and had an average of 300 subscribers. The distribution of both periodicals was executed by mr. Roy Steevensz. After a while Creutzburg changed the American Tong Tong into De Indo. He managed to establish and hold a group of loyal readers, and as a result in 2011 over 2000 subscribers all over the world. De Indo is written in English and Dutch, sometimes mixed with Indonesian or Indonesian words. Because of his efforts for Indo immigrants and Indo culture in the USA, in 2007 the Dutch Consulate in California on behalf of Queen Beatrix of the Kingdom of the Netherlands appointed René Creutzburg Lid in de Orde van Oranje-Nassau (Member of the Order of Oranje-Nassau). 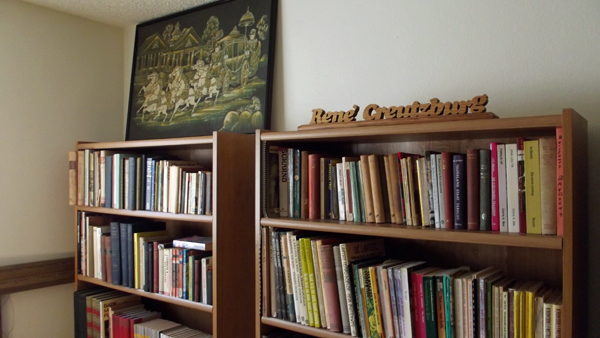 An Indo Library in California
According to Tjalie Robinson’s idea of educating the people and keep Indo culture alive, Creutzburg built up a truly library of over 2,200 books in his residence. After paying a small bail people are allowed to borrow books from this Indische bibliotheek and if one discovers copies, you can get one for free. The library is open each second and fourth wednesday or after making an appointment by phone. The library is almost entirely built up of donations and contains both older publications (some more than 100 years old) as more recent works.

Internationaal Tijdschrift De Indo (International Magazine De Indo)
De Indo is a small magazine but very appreciated by Indo’s the USA, the Netherlands and in a less extent in Australia and Canada. Of course also Indo’s in Indonesia do read De Indo. De Indo is comparable with Moesson magazine in the Netherlands, but is a low budget periodical and with less glamorous looks. The content of the Indo is entirely the same and that’s what matters. René Creutzburg executes functions of editor, publisher and printer. It guarantees a stable quality but in the long term this is a vulnerable situation as Creutzburg wonders who will be his successor in future. He doubts if he or she will be found among members of the second or third generation of Amerindo’s. For this moment De Indo is still growing and enjoys the supply of enough content from it’s readers. 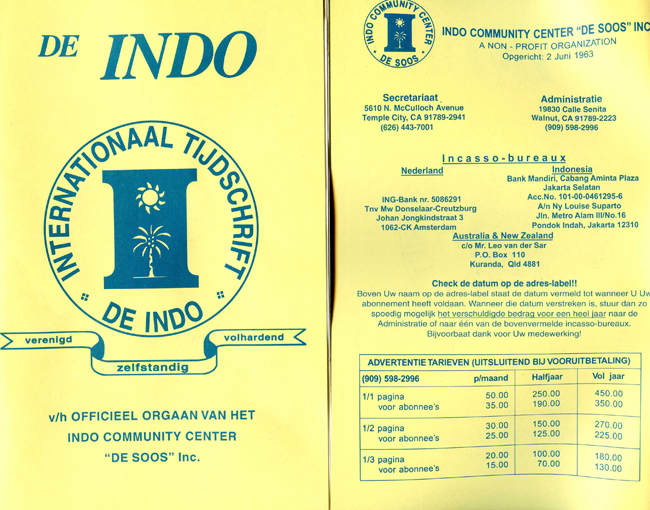 Conclusion
René Creutzburg’s efforts were and are indispensable to keep alive Indo culture and especially De Indo as an important medium. First generation Indo immigrants in the USA are still able to keep together Indo community and it’s cultural and social life. Although most of the Indo’s feel American citizen, they still did not lose Indo identity. Like Indo’s in he Netherlands Amerindo’s have different modes of life: there is an outside world of neighbours, school and work next to an inside Indo world of keroncong music, rijsttafel, ngobrol (chitchats) and sharing the nostalgia of tempo doeloe, the good times past. As Tjalie Robinson stated these first generation Indo immigrants lived in modern USA but kept the lifestyle of Soerabaja, Djakarta and or Makassar. René Creutzburg played in that scene the rol of “cultural broker” according to Tjalie Robinson’s vision. His mission should be the rise of a new Indo identity and culture in a brandnew habitat without boundaries of a colonial past and colonial rule. The Indo and not the dutch should be the compass to navigate. 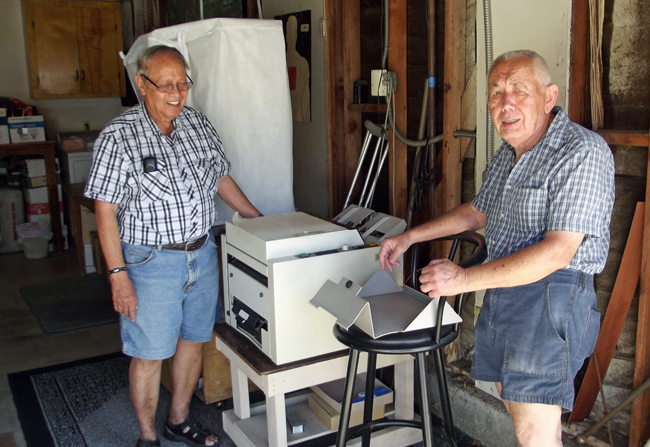